Navigate thru all the sub categories of the website

Join us during the First Weekend in December to Celebrate!

The fun begins Friday evening for late night shopping until 8pm. Other activities often take place around town including pictures with Santa, festive museum displays, christmas tree sales and more! It gets better every year! Activities continue on Saturday and often include a pancake breakfast, public skating, crafts and games for the kids, and ends with supper with Santa.

Each year we try to add something new and are always interested in new ideas. If you would like to help out or for more information contact the Watson Chamber of Commerce. 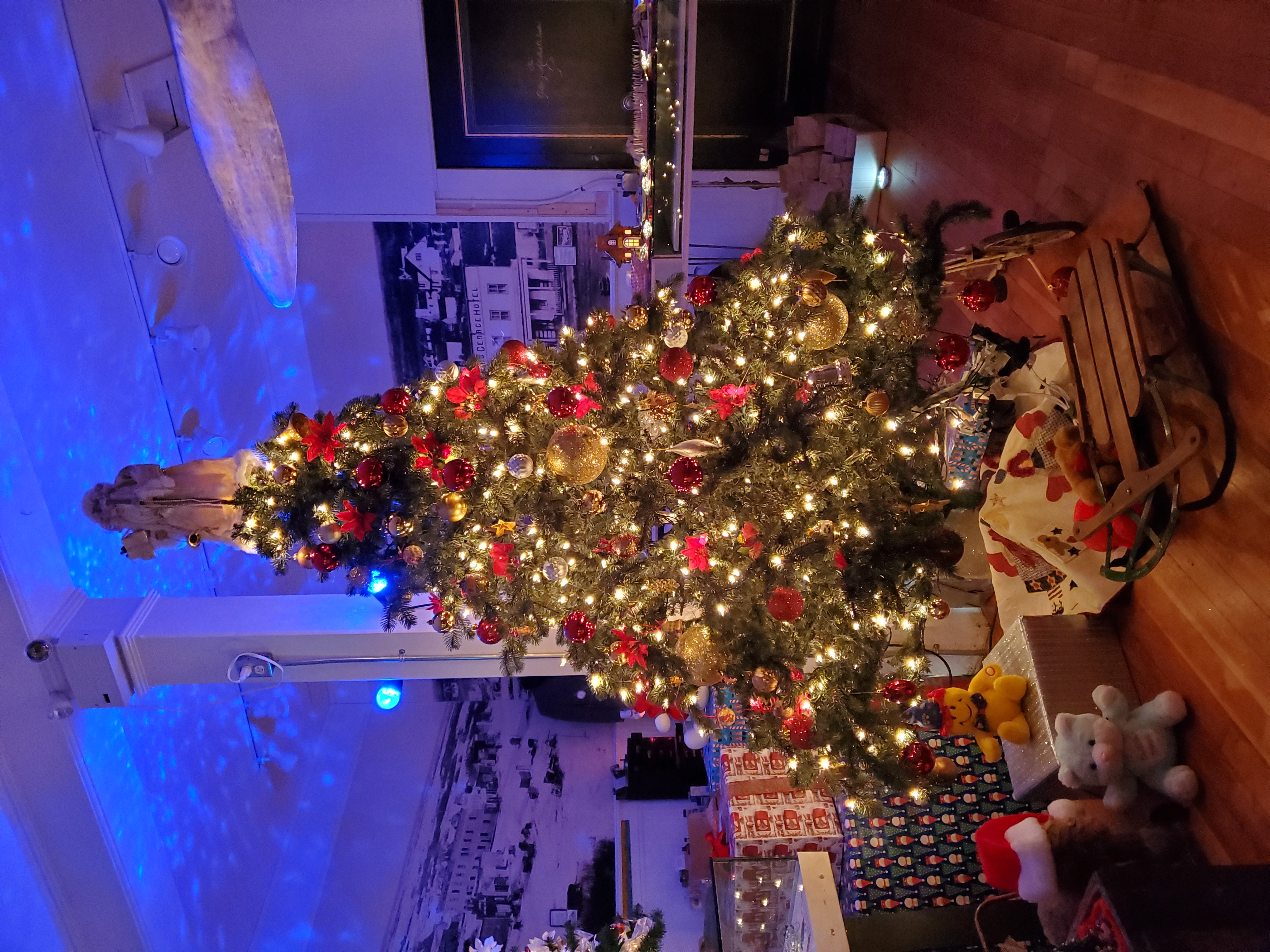 The Story Behind Santa Claus Days

"It was back in 1932 that ‘Jake’ Smith, Watson’s pioneer hardware merchant, conceived the idea of a Santa Claus Day. Santa Claus spent days in the city stores to delight the children, so why couldn’t the jolly old man spend a few hours in Watson?

Jake broached the subject to a few businessmen in Watson, but obtained very little encouragement. He decided to try it alone. One Saturday afternoon in December 1932, Santa arrived in Watson on the CNR passenger train and was met by a couple of hundred youngsters. Santa led the parade to Toyland at Smith Bros. Hardware, where each youngster had a chance to meet Santa and receive a little gift.

The following year Mr. Smith had the co-operation of every business in Watson. Santa again arrived by train to spend a few hours with his little friends at Watson. They staged a concert in the town hall with pupils from each town and rural school taking part. Then each youngster was presented with a bag of treats through the courtesy of Watson businessmen.

As the years went by the concert was replaced with a free show at the theatre. The day always wound up with a visit from Santa and a bag of treats. Generally the largest crowds gathered in the earlier years when Watson was the only town to hold Santa Claus Day. Parents brought the children in open sleighs or cabooses, and then thawed then out in local stores before Santa arrived.

Gradually the idea caught on and other towns held a Santa Claus Day. Now, nearly every town on the prairies holds this annual event. Every year thousands of youngsters are made a little happier through the idea that originated in Watson by the late Jake Smith back in 1932." -From The Watson History Book by Vi McLean and Bill Chyz